According to WWF, the time spent practicing sports will decrease by 24 days with a global warming of +2°.

It is in this context and to draw the eye of the world of sport on the drifts of our societies that Clément Chapel eco-adventurer of the collective Sport Planète and founder of the association Ploggathon, realized the first IRON MAN by collecting waste of the world on June 18th, the Ironathon of Millau.

They left at 5:34 am from the nautical base of Saint-Rome de Tarn and arrived at 00:04 am at the campsite of Millau plage, that is to say 18H30 of efforts!

Summary in figures of the events :
Swimming (3,8 km) : 1h50 of efforts 3 swimmers, 3 kayaks, 1 paddle for about thirty collected waste

Cycling (180 km): 9 hours and 40 minutes of effort: 3 bikes at the start, then 2 bikes for about 30 pieces of waste collected and about ten illegal dumpsites identified on the Trash Spotter application for a future cleaning. The course had to be modified because of fire, adding 900m of positive difference in altitude to the 1700m already planned.

Twelve citizens took part in a collection around the Place de la Capelle for a thousand pieces of waste collected, i.e. a total of nearly 2,600 pieces of abandoned waste that were collected in Aveyron during this unprecedented sporting challenge.

Moreover, the project is part of an educational framework and Clément intervened in two schools of the city to talk about the problem of our waste with the children. The third grade class of the Eugène Selles school was very enthusiastic and contributed to the collection during a school trip a few days before the event, collecting more than 200 pieces of waste on the way.

Significant acts especially since this waste will be transformed into fruit accessible to all. According to the commitments of the association, it will plant 26 fruit trees on the territory through an educational and citizen plantation next winter.

“This story is also an important message for each of us. Today, in the middle of a heat wave, surrounded by fires, between two rounds of legislative elections where the denial of the issue is still king, the whole Ploggathon team has surpassed itself for the LIVING, for the butterflies, for the children, for us, for you, because the planet is burning under our eyes and we continue to live as if nothing had happened. We must react collectively and quickly because the vise is now tightening on our own species. We continue to live globally by destroying the biodiversity because of our behaviors, to live at the antipodes of the laws of living. This heat wave, unprecedented for its time, is a foretaste of our future climate. Is this what we want? This world first should not exist and this is the message of this challenge. Biodiversity is suffering from our lifestyles and this must stop as soon as possible. Alternatives exist at all levels, let’s make them happen! With Ploggathon, it’s for sport and adventure. Together let’s move for the living!` 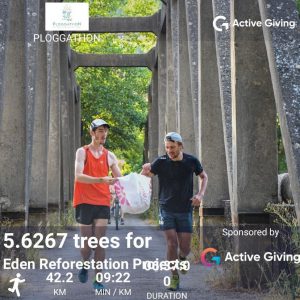 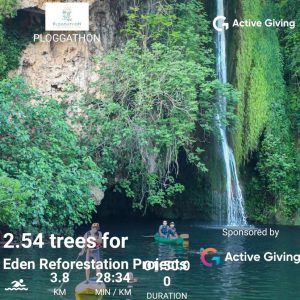 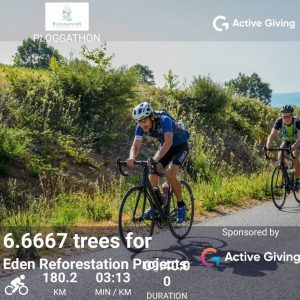