Last weekend in Berlin, history was made. Our Activator Marlon aka FINN ran for a consecutive 31 hours and 15 minutes as part of the Speed Project 2020. Completing a distance of 200.77kms. An enormous personal achievement as well as a great contribution to our planet helping the plantation of 200 trees with our platform project Trees for the Future.

FINN is a Berlin based musician who cannot get enough of sports and his recent performance proves it! “Sports and movements are a big part of my days and a great balance to making music.” He does sport every day and sometimes twice per day. He loves to run any distances and lift heavy weights while also enjoying calisthenics, stretching and yoga. 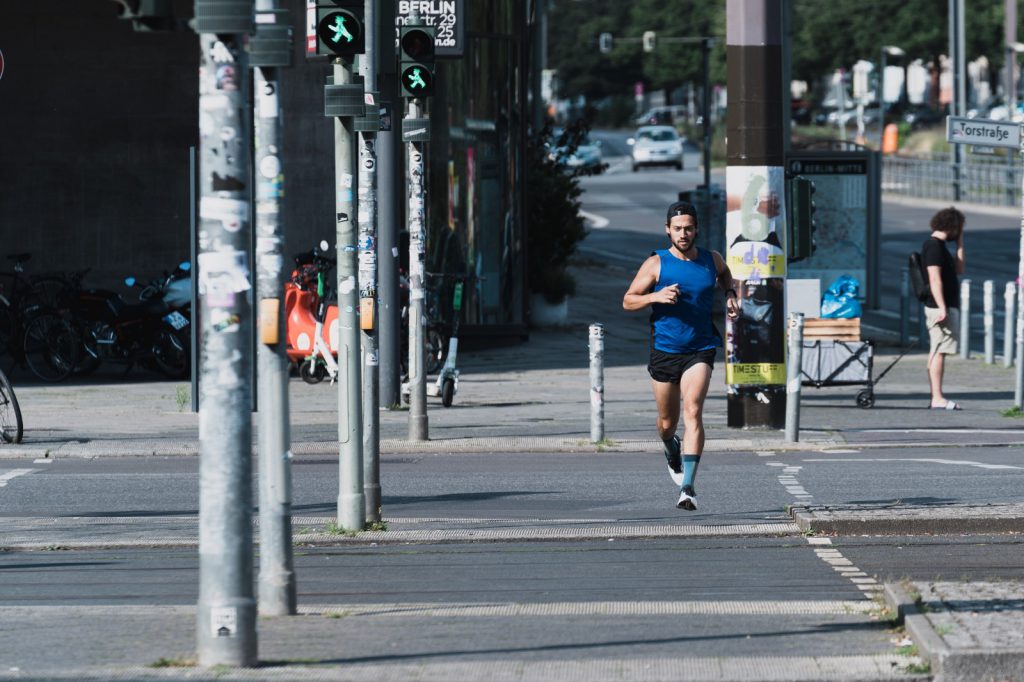 FINN already started with little projects in 2018, running ultra-distances to raise awareness about certain organizations. “I think we all can do more. For ourselves, our communities and other communities too.” Last June he heard from Active Giving through a common friend Marco Prüfer (KRAFT Runners). And since he loves trees and loves being active. There was no other way for him but to join our movement.

FINN reached out to us in order to create his own team on the Active Giving app so he could engage his community to run with him for the good of the planet during the TSP. For him it means a lot to care about our environment and our forests.

Originally the The Speed Project is a relay race where teams run 550kms through the desert from L.A. to Las Vegas. How crazy is that? When TSP founder (Nils Arend) called him and asked if he wanted to run the 31 Hours and 15 minutes as a solo runner he had to go for it! “I love getting out of my comfort zone” and this was definitely a great opportunity.

His team already has contributed to the plantation of 1 518 trees. While his personal tree counter is at 441!

Now that the TSP is over, FINN will keep on pushing for an active and healthy lifestyle. One of his recommandations – beside using the Active Giving app – is to change eating habits as food has a massive impact on the climate situation. To inform ourselves about what we’re eating, where it comes from and if our bodies really need it. Like FINN says, “Be good to your body and you’ll be good to the planet.”

For FINN being active has on one side an extreme impact on his daily mood and feelings and on the other side he believes it will have a massive benefit as he gets older. He reminds himself of that every day. And what definitely helps him to stay motivated is to be active with friends because that boosts his motivation like almost anything else.

Join his team and be active today (code: FINNNN)