René is one of our Active Givers, living in Berlin since 2012. For him, sports have always been a part of his life, beginning with football, and traversing the range of sports through hockey, running, yoga, fitness, and cycling. You name it, he’s done it.

René has a great philosophy when it comes to self-motivation: “KNOW YOUR WHY.” For him, being active is not to lose weight or something short term, it’s a lifestyle.

Ultimately, I’m striving to become the best version of myself. And I see this as a lifelong journey. That’s why I can’t wait to wake up in the morning and live the day.

Despite being a full-time employee in the railway business and doing his masters in sales management, René also works to support the OceanCare Retreat and has also founded a project called “Stride4Good”. His biggest challenge is organizing his time to do all the activities he wants. 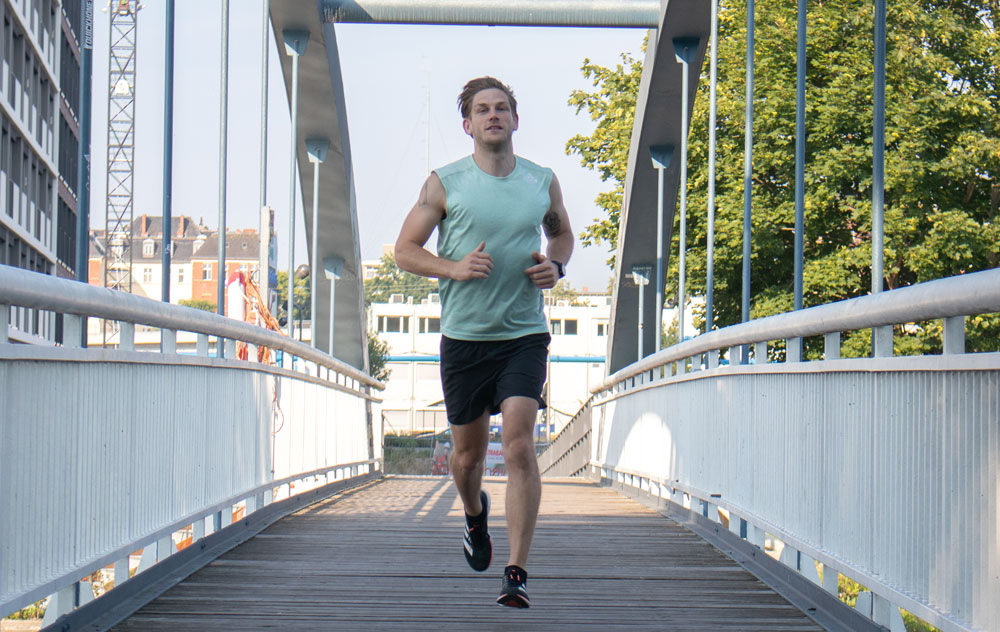 Oceancare Retreat is an organisation which is raising awareness for the situation of marine pollution. To actively drive for a change against environmental pollution by litter, Oceancare Retreat is organising monthly Clean-Up Runs in Berlin, where the community is cleaning up local parks and afterwards coming together for a workout retreat. In February 2020 the founders Kaya Renz & Steffi Hoenow asked René to join the team.

STRIDE4GOOD is a platform contributing to the well-being of people from lower-income areas by donating sport clothes and equipment to social projects and partners. They are collaborating with well selected partners only and making sure old/not used sports clothes are donated to the people in need.

After realizing the impact that each of us have on our surroundings, René actually sold his car, bought a bike and started taking public transport. It was hard to believe that contributing to the planet was that easy, but seeing the dedication of the team, the good communication and the clear business plan were arguments enough to involve himself more in the Active Giving community.

He joined the Active Giving movement when we were just in the beginning phases. His support and enthusiasm have been a great support to the project and has planted close to 1000 trees alone with his activities!

René is committed to motivating others doing good for the planet, which is why he’s started his team on Active Giving. His involvement in various sports communities helps to expand his reach to motivate even more people to be active and help the planet.

Like René says, “Excuses will always be there for you, opportunities won’t.” Join his team and be active today! (code : STRIDE)