The CityTree by Green City Solutions is a moss filter based on the unique idea of combining nature with the latest IoT technology in order to produce fresh air and to bring nature back to the city. 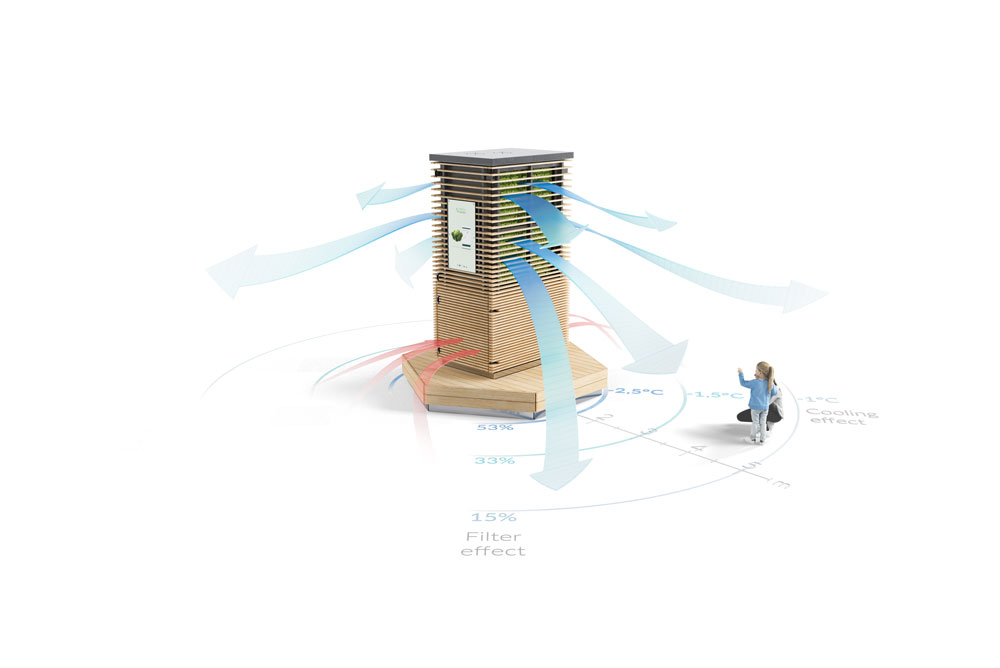 Moss has a strong positive environmental effect but is usually unable to survive in cities due to a lack of water and shade. Green City Solutions has brought moss and all of its environmental benefits back into the city by creating The CityTree. The product is a wooden structure which uses different types of moss to create a filter. The mossfilterbinds to environmental toxins such as particulate matter and nitrogen oxides while producing oxygen. In addition to the mossfilter the CityTree integrates IoT technology to deliver environmental data on the CityTree’s surroundings. 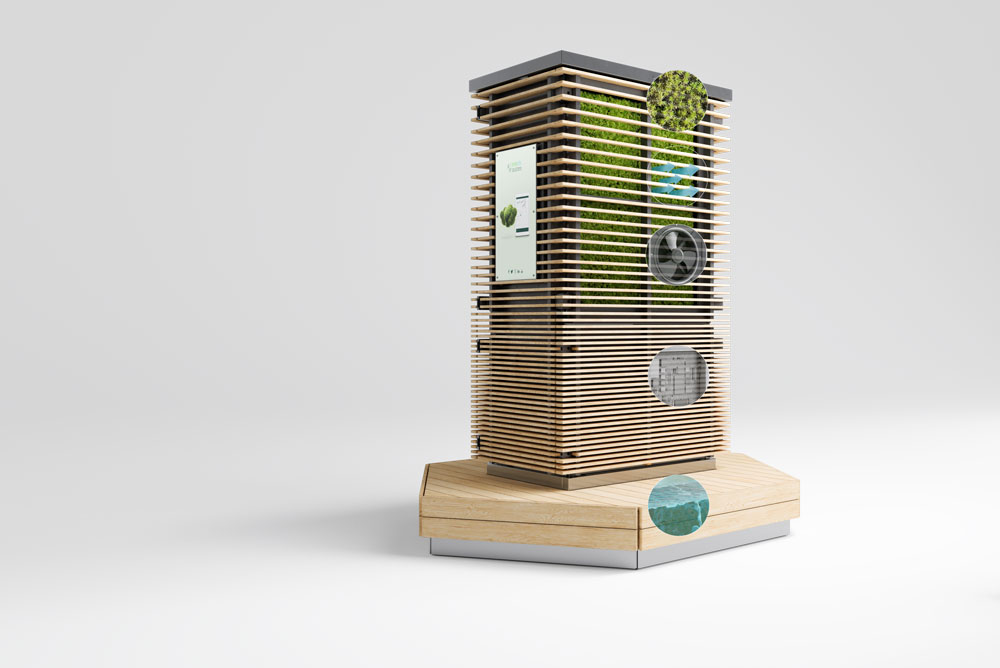 The CityTree also contains controllable ventilation technology which allows airflow to be intensified for an increased filter effect. Another positive effect of the CityTree is the creation of a cooling effect. The effect is a result of increased evaporation that takes place when the moss stores large quantities of water. Lastly, the City Tree does not require maintenance due to the fact that nutrient and water provision is assured through a fully automated system while the energy is provided through a grid connection.